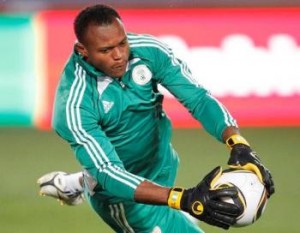 Stephen Keshi who is the Nigerian coah for Super Eagles said at their training camp on Friday in Faro, Portugal that afternoon is Ejide who is the goalkeeper for Super Eagles team has a hamstring injury that will take about eight days to heal but has been given the extra days to return fully for action.

Austin Ejide Nigeria goalkeeper will be out for 14 days after he tore a thigh muscle in an Africa Cup of Nations warm-up game against Cape Verde on Wednesday.

“The doctor has explained that he has started his recovery therapy already and in four days, before we leave Portugal for South Africa, we should have a progress report on whether he has improved or not”.

“In fact, he should be ready for our opening group game against Burkina Faso on January 21″, he said. 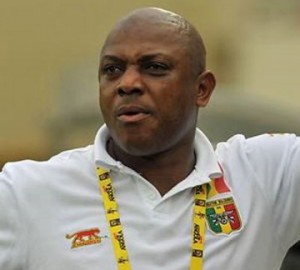 “If we have any negatives we may be forced to make a change but we don’t expect that. However we are still keeping Daniel Akpeyi in camp to forestall any unforeseen circumstance.”

Despite, the national team celebrated the naming of Vincent Enyeama as Africa’s best goalkeeper for last year, with Keshi urging Enyeama to demonstrate his selection by putting up a solid performance in South Africa.