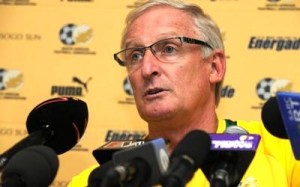 Bafana Bafana have no momentum heading into the 2013 Africa Cup of Nations (Afcon) tournament, but coach Gordon Igesund is convinced his side is improving.

Igesund, however, remained optimistic with fit-again forwards Katlego Mphela and Thulani Serero getting much needed game time in their last two fixtures.

Bafana open the Afcon tournament with a Group A fixture against tournament rookies Cape Verde Islands at the National Stadium in Johannesburg on January 19.

Concerns of a lack of goal-scoring ability were compounded against the Algerians, who are 68 places above Bafana in the world rankings, but did not show any of their true worth at the weekend.

Serero showed signs of his potential, starting against the Algerians after coming on as a substitute against Norway.

There will be growing concerns about Mphela, though, who was out of sorts in both fixtures and on both occasions was replaced by Tokelo Rantie in the second half.

“The goals I’m not concerned about, they will come because we are getting better and better,” Igesund said.

“I’m happy because the team is showing the hunger and you can see their fighting spirit.” 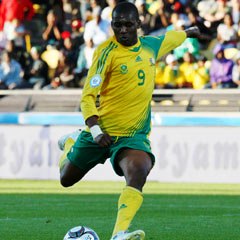 “There was a big difference in how we used the possession better.”
Since Igesund took over in August, Bafana have played eight matches with three wins, four losses and a draw.

They have scored just seven goals in that period – a record that will need significant improvement against some of the best defensive units in Africa.