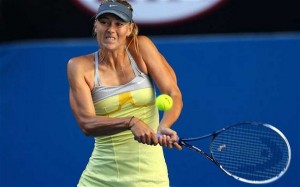 Maria Sharapova and David Ferrer made easy progress into the quarter-finals with convincing wins on day seven at the Australian Open.

Moscow’s Makarova added the scalp of Kerber to her collection after knocking out Serena Williams at the same stage last year.

Germany’s Kerber was hampered by a back injury as Makarova won in an hour and 32 minutes.

“I could move; that was fine. But just my serve, when I go back, there is a lot of pain there,” said Kerber.

“I actually feel it like two, three days. So I was thinking it will be maybe not too bad, but in the first set I was feeling that and it was actually worse and worse.”

Makarova will next face compatriot Maria Sharapova and said: “I think it will be really interesting and I really want to play against her [Sharapova].”

“Last year I was so surprised [to reach the quarter-finals] a little bit and had so many thoughts on my mind. This year, I’m a little bit used to it. I think I’ll be ready to play a good game.” 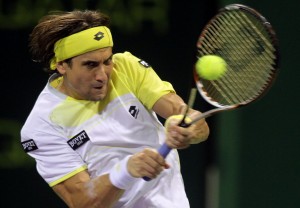 David Ferrer eased his fourth-seed into his third straight Australian Open quarter-final in two hours 10 minutes against the 16th seed.Japanese number one Nishikori had won two of their previous three matches and was a quarter-finalist in Melbourne last year, but struggled with 65 unforced errors to the clinical Ferrer’s 24.

“I started very well and when I won the first games he got down a little bit and I took my chance,” Ferrer said.

“I didn’t make any mistakes for the first two sets and to reach the quarter-final here again I am very satisfied.”