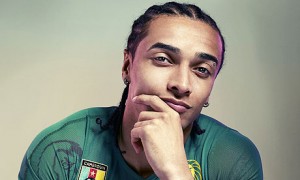 We told you about the probable return to the national team of the Cameroonian Benoit Assou-Ekotto after 10 absences.

The Tottenham player is included in the list of 21 Lions summoned to face Tanzania on February 6.

This return is the work of national coach Jean-Paul Akono who undertook a mission to Europe to convince players who still reluctant.

The defender had repeatedly snubbed the national selection to ask for more professionalism from them. We also note the absence of players like Idris Carlos Kameni and Guy Roland Ndy Assembe.

Charles Itandje of Atromitos (Greece) and Joslain Mayébi (Wales) will have their baptism of fire in the national selection on February 6.