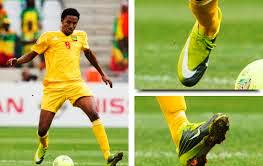 Ethiopia who might not be taking part in the first phase of the knock-outs as hoped accept and appreciate the fact that their vital colour and enthusiasm at the 2013 AFCON, has thrown down the competition to other fans who had travelled to South Africa for the African tournament.

With the presence of Ethiopia and fans misbehaving, it’s been quite an experience and a learning point for the Wayla Antelopes.

The supporters seemed to strengthen the players wherever they went and the supporters also turned out in their thousand travelling all the way to South Africa to support their team.

However, the Wayla Antelopes coach, Sewnet Bishaw plans for their final group match against the Super Eagles had to be changed following injuries of their two players; Asrat Megersa and Adane Girma.

Captain of the Ethiopian National Team stated after their 2-0 loss to Nigeria in Rustenburg,

“As a beginner in this tournament, I think we can give hope, a bright future for our guys, hope for the country. Anything is possible and we can (bring) the 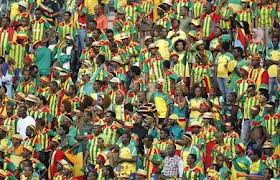 coming generation (with us) by giving them hope,” “We have seen through this game how much we can work and do something and now that you have seen the game, we tried to dominate the game,”

They could be said to have played a role at the Royal Bafokeng Staduim in South Africa. The only problem that could be noticed with the team was that they were feeble when it came to defense and attack.