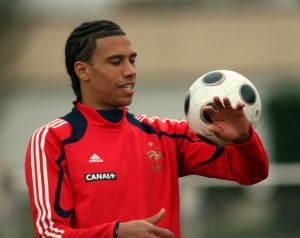 The 24-year-old is rated at around £14million a valuation that the Premier League clubs were unwilling to meet in January, but could be ready to pay when the transfer window reopens in the summer.

Gunners boss Arsene Wenger has been credited with an interest in bringing Capoue to the Emirates Stadium. However, he could face competition from fellow admirers Everton, Fulham and Spurs, in his bid to secure the Ligue 1 star’s signature.

Arsenal successfully completed a deadline day deal to sign Malaga left-back Nacho Monreal, but failed behind the scenes in their attempts to lure Capoue to north London, with Toulouse refusing to talk.

Meanwhile, the London Metro reports that Tottenham manager Andre Villas-Boas was also linked with the French international, as he looked to strengthen his midfield ranks at White Hart Lane.

Capoue’s agent Mino Raiola told L’Equipe: “Arsenal, Tottenham and PSG were interested in Capoue. Maybe it is one for next summer.

“The Toulouse president didn’t need to sell during this window. The asking price was a barrier every time.”