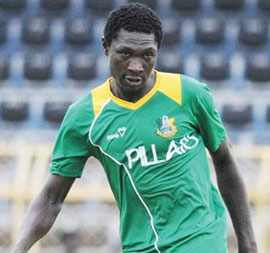 Gabriel Reuben Nigerians Super Eagles’ midfielder has confidently revealed to supersport.com that Nigeria would emerge champions at the final of the 2013 Afcon in South Africa.

The Super Eagles and the Burkina Babes will have to face themselves for the second time in this tournament having met in their group C opener which ended 1-1 apiece.

The 22-year-old Reuben, who has not tasted action yet in this year’s African showpiece, said the Eagles’ recent collective flow pattern would boost their chances to condemn the Stallions to a defeat on Sunday.

The lanky midfield maestro would also want his teammates to forget about their scintillating performance in the semi finals that saw them beating Mali 4-1 to reach their seventh final in the history of the African Nations cup. 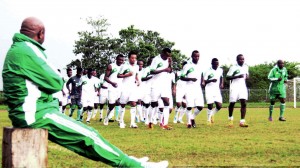 “It will be difficult for Burkina Faso to comprehend with the flow pattern we play now, and they must fall for us to lift the trophy.”

“Nobody gave us the chance to reach this stage and we have to fight with our blood and make Nigerians happy as there would be no acceptable excuse than to win,” he said.

Meanwhile, it would be recalled that Traore’s goal at the death cancelled Emenike’s effort in their first clash in this championship, but Reuben said it would be disastrous for such to repeat itself in the final on Sunday.