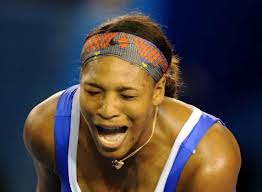 Serena Williams withdrew on Wednesday in her second-round match of the tournament in Dubai.

Half an hour before crossing the racket against Marion Bartoli, the No. 1 global withdrew because of back pain. There will be no third coronation in Dubai for the American (editor’s note, after 2009 and 2010).

The younger of the Williams sisters had also suffered from back pain at the first Grand Slam of the season in January.

Serena was making his opening match in the second round of the Dubai tournament against Marion Bartoli, she qualified at thanks to Klara Zakopalova in the previous round.

This package of the World No. 1 qualifies the No. 1 of the French tennis (11th in the WTA) for the quarterfinals. To access the last four, Bartoli will get rid of the Dane Caroline Wozniacki, No. 10 in the WTA.