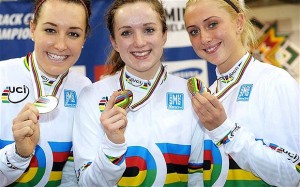 The British team went fastest in the morning qualification session, with 3 minutes, 18.704 seconds for the three kilometres; more than four seconds outside their own World record, set in the Olympic final of London 2012, but good enough to go almost two seconds quicker than Australia, to set up a gold medal contest between the two big rivals. 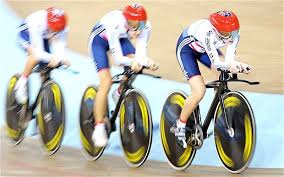 The final race saw Trott, King and Barker set off slightly the faster, only for Australia to move ahead in the second lap. Midway through the second kilometre, however, the British trio moved ahead, where it was to stay.

A finishing time for the Wiggle Honda Pro Cycling riders of 3 minutes 18.140 seconds was faster than that set in qualification, and good enough to take the victory by a similar margin over the Australians, who were also slightly faster.