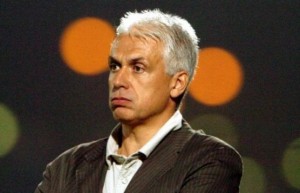 After his historic qualification in the second round of the Cup of Algeria, JSM Chéraga prepares to challenge this Saturday, the holder of the trophy, ES Setif for a place in the quarterfinals.
ES Setif, leader of the Ligue 1, will travel to Alger to give a reply to the JSM Chéraga in an appointment that seems within the reach of Sétif. After a great step towards the preservation of its champion title, the ESS wants to devote itself to the Algerian Cup.
For the coach of the ESS, Hubert Velud, “the victory spirit will be maintained for the Cup of Algeria.”
“We will be present with the perfect team. We won’t take any risk at this stage of the competition and then the JSMC will seek glory, we cannot neglect any detail for this match which will be followed by all the Sétif supporters, “said Sétif coach.
“You must know that the Algerian Cup much more interested the majority of the inhabitants of the province of Setif than the championship. It provides more thrills in men, women and young people and all those who love the Entente. “
“Chéraga, I know, it is a good team which defeated Annaba at the 16th of the final. We must be wary of this selection which has nothing to lose but everything to gain. “