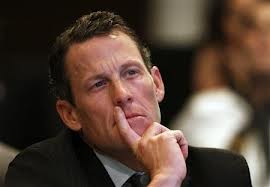 Deprived of his seven victories in the Tour de France (1999-2005) for doping, Lance Armstrong faces two more lawsuits on Friday.

The Nebraska-based Acceptance Insurance Company sued Armstrong and Tailwind Sports Corporation, claiming he committed fraud by concealing his use of performance enhancing drugs during the 1999, 2000 and 2001 Tours.

“By his cheating and deception, Armstrong committed fraud. This suit seeks repayment of $3 million in undeserved an unearned pay Lance Armstrong obtained by fraud,” stated the lawsuit filed in Travis County Court in Austin, Texas.

The payment cited was a $3 million bonus paid to Armstrong for his first three Tour victories.

Acceptance claims that Armstrong’s lies void the policy under which the money was paid out.

In October, cycling’s global governing body, the UCI, stripped Armstrong of his Tour titles as well as all other results from August 1998 and banned for life after the U.S. Anti-Doping Agency determined he was the key figure in a sophisticated doping program on his U.S. Postal Service team.

He finally made a belated admission of doping in a televised interview with Oprah Winfrey in January, in which he said he used a combination of blood transfusions, blood-boosting EPO, testosterone, and other drugs throughout his career.

The suits are just the latest legal woes to spring from Armstrong’s disgrace.

The U.S. government last week joined a whistleblower lawsuit seeking to help the U.S. Postal Service recoup the roughly $30 million it paid to the Texan’s teams a lawsuit that could deliver a triple-damages blow costing Armstrong more than $90 million.

That lawsuit was first filed by Armstrong’s former teammate Floyd Landis, who claims Armstrong and team manager Johan Bruyneel defrauded taxpayers and the government by having Armstrong and other riders use performance enhancing drugs.

Armstrong is also being sued by Texas insurance company SCA Promotion, which paid him $12.1 million in bonuses for multiple Tour victories.

In Britain, he is being sued by the Sunday Times, which is seeking repayment of the £1 million ($1.6 million) libel settlement Armstrong won against the newspaper in 2006 after it printed allegations that he doped.