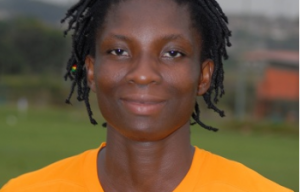 Jeanne Gnago is an Ivorian footballer born on January 1, 1990 who evolves in the Juventus’ club of Yopougon. She is the captain of her team and they won several trophies.
Career

Gnago Jeanne was nominated for the title of “African female footballer of the year” for 2012 Africa Top Sports Awards.