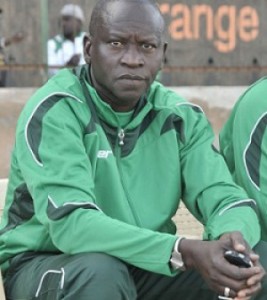 The Coach of Casa Sport of Ziguinchor, Ibrahima Diarra wants to be very clear. If his team was eliminated from the African Champions League it is because his opponent “is more experienced and demonstrated on the two legs matches”

“We played the game doing our best but during the game we have collected one goal that didn’t allow us to recover well. It was in the 30th minute. We tried to come back in the game, but early in the second half time we have collected another goal. That’s what sealed the game. And on the whole it must be said that the Malian stadium took advantage on our mistakes. From then it behooves us to learn about our past mistakes in order to recover well. Casa Sport will now focus on the championship and the League’s Cup to comeback in Africa next season. We regret not being able to do more this season in African competition, but we are preparing to do better next time”

During the first leg match, Malian stadium won at Dakar on a score of 2 to 1.