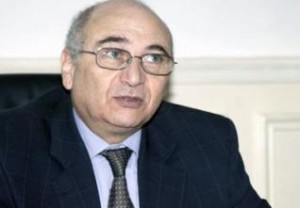 The election on March 14 of Mohamed Aziz Derouaz at the head of the Algerian Handball Federation has failed to end the crisis that knows the discipline.

The International Federation (IHF) in a letter on Monday to the Algerian Olympic Committee (COA) does not recognize the election that established the new office. The IHB grant a period of 3 months to the Algerian federation to organize a new elective General Assembly (EGM).

The exclusion of the former president, Djaafer Ait Mouloud from the race at the head of the Algerian Handball Federation explained this decision by the IHF threatening to impose sanctions if the new office will not review its copy.

Mohamed Aziz Derouaz the first target in this case is willing to defend the interests of the Algerian handball by all means. “The federal office and I were elected under normal statutes and regulations of the FAHB and the Algerian law on sport as part of national sovereignty. We are always on (…)

We come just to read this letter. We will study quietly and give the appropriate response. This correspondence is addressed to the COA, which is authorized to respond to the IHF. As for FAHB it will defend its interests and those of the Algerian sports, “says the Algerian president.”