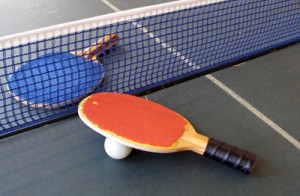 Egypt had a good performance in the tournament of the World Team Classic of table Tennis held in Guangzhou, China. The Pharaohs hoisted the colors of Africa, finishing third in the competition synonymous of the bronze medal.

After this feat, Magued Achour, the technical director of the Egyptian selection stretches the balance sheet of the participation.
“The challenge in the quarterfinals was difficult. But Egypt has achieved a feat by beating Singapore 3-2. In the knockouts, Egypt beat Germany and ranked second in the World 3-2, which is quite an achievement. The Egyptian table tennis faced the world champions such as the German Baum Patrick and the Singaporean Chuang Chih-Youan who have a record rich in medals. “
“This achievement is the result of several years of work. We selected this team very seriously. “
“The only way to build a strong team is to allow it to play games against stronger teams. That’s why the Federation has organized, in cooperation with the Federation of Chinese, a training camp in Egypt for a period of one month. The Selection had the opportunity to train with a Chinese team of high-level. “” These kids have the ability to create the golden age in the discipline.”