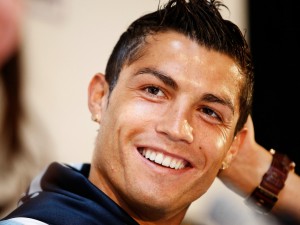 He will play! Yes or no?
As Africa Top Sports.com reported, Cristiano Ronaldo is injured and Real Madrid in trouble right now did not need that.

CR7 was injured in the semi-finals of the Champions League on Wednesday against Dortmund (4-1 defeat), with a pain in the left thigh.

Since then he could not run more than five minutes.

If he was absent on Wednesday, it would be a real blow to the Merengue. – Review the goals of a crazy match-
Yesterday, the player could run a little, but he is still not in great shape! “Ronaldo has been training alone in the company of the fitness trainer Carlos Lalin, has said Real on its website. Real continues to watch with concern the fitness of Ronaldo. The Portuguese continued to be uncertain for vital duel against Dortmund. “

Today, the news is more insuring. According to Marca, the Portuguese striker normally participated in the training session on Monday morning, and should be aligned with Real Madrid.
Still, on his private life things become very hot. He was caught in bed with a girl before the game against Dortmund, and his fiancée, the lovely Irina Shayk would be pissed.