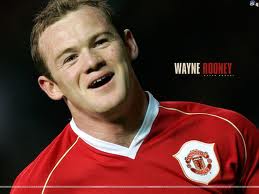 Wayne Rooney Will he leave Manchester United to join PSG? It was the rumor of the last days!
As Africa Top Sports.com had reported, Michel Moulin, a former advisor to the Parisian club had said: “I proclaim to you from a reliable source: Rooney at PSG, it’s done, he will be at PSG next season”

Carlo Ancelotti had hastened to kick into touch! “Wayne Rooney is one of the best strikers in the world. I think it is impossible to buy him. This is an idol to Manchester United “

Sir Alex Ferguson, Manchester boss who could also leave have denied: “I think that there is no truth in it”

Today, it is said that Wayne Rooney would love to go to Germany and to wear the shirt of Bayern Munich which will play on May 25 the final of the League Cup and will soon in June 26, have a new coach, Pep Gardiola.

And Wayne knows that a new cycle should restart … And that the context of the Bavarian club is quieter than the PSG currently where Leonardo was suspended yesterday as a precaution.