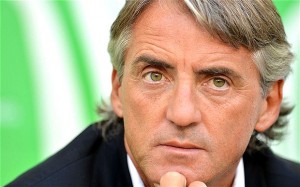 He has trouble sleeping, he slept poorly. Yesterday, the Manchester City coach Roberto Mancini has lived a nightmare when his team conceded the only goal of the final of the FA Cup in the 90th minute against Wigan Athletic. – Review the video

Manchester lost everything this season; it finished second in the Premiership.

Will Roberto Mancini leave the club? – He is also announced to PSG-

“These speculations are nonsense. I’ll still be here next season. I’m sorry for the fans. It was a good match. They scored in the last minute and it’s been very difficult. We have had two or three good chances but we did not play as usual. How many teams have done better than us this season? One, Manchester United. I think we did a good job for three years. “