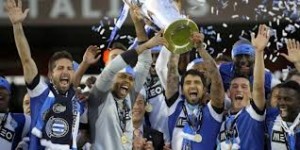 Closely followed by Benfica, FC Porto waits until the last day of the season to win his 27th championship in Portugal. This is after the away win on the field Pacos Ferreira at the 30th day. This is the third consecutive time that the club of the Ghanaian Christian Atsu wins the trophy to the chagrin of club of Benfica.

With 78 points and one point ahead of Benfica, Porto was unbeaten since the beginning of the championship.

Pacos de Ferreira will play the playoffs of the Champions League with his 3rd place. Sporting de Bragga and Estoril that are respectively the fourth and fifth places will be reversed in the Europa League.

On the other side, Moreirense and Beira Mar in the red zone are classified in lower division