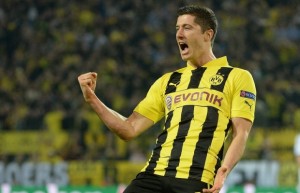 Robert Lewandowski, the nightmare of Real Madrid in the semi-finals of the Uefa Champions League, desires elsewhere. The Polish international (24) has expressed his desire to the leaders Borussia Dortmund “I informed the officials. I guess everything is clear now and I could leave the club this summer to my wish, “he told the Bild newspaper.

Author of 36 goals this season, the Dortmund striker wants to be released from the final year of his contract (editor’s note, he is bound to the club until 2014). “It will be better for everyone,” he says. “Dortmund is a great club that I still adore. But I need a new challenge. “

Unfortunate Cup finalist with big ears with Borussia Dortmund, Robert Lewandowski should evolve under the orders of Pep Guardiola at Bayern next season, as recently indicated his agent.