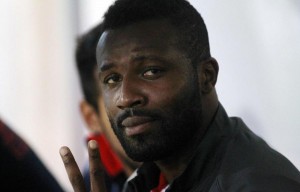 This time, it’s gone! Since Tuesday, June 11 at 0:00, the transfer market is officially opened in France. This summer window transfer will end on Monday, 2 September (midnight).

SiakaTiéné would be in the viewfinder of the Olympique de Marseille. Very little used this season, the Ivorian should logically go this summer. The Elephant is almost certain to go to find playing time

Eager to regain his place among the Elephants Tiene could go among the rival Marseille the summer according to Le Parisien. A 31-year-old left-back has played only two games last season. The Ivorian defender is a free agent and could become the lining of Jeremy Morel. OM really wants to find a lining (or a competitor) for Jérémy Morel, who had to play 46 games last season, the third player most used by Elie Baup (behind Mandanda and Nkoulou).