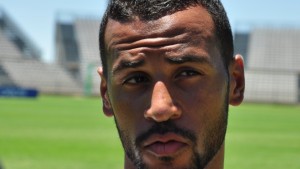 Since his arrival in Marseille last winter Jacques-Alaixys Romao has only missed a meeting of OM in League 1. Considered an undeniable element for the future, the Togolese international has things to share. His rapid adaptation in the formation of Elie Baup was made possible thanks to the recurring problems of the Hawks often the eve of their official meetings.

“There are 3 or 4 million people and they are soccer fans. We feel the pressure from the people. You are never serene, there are still problems to be solved before the games, so obviously it helps to adapt in Marseille. “

Aged of 29 years, the former Lorient player intends to continue on this momentum, “We must continue to work to have the confidence of the players and the coach. There for me everything is alright, and I hope it will continue. “