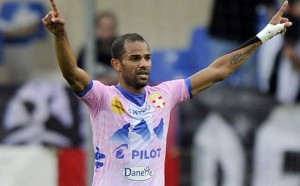 Long courted by Montpellier, Saber Khlifa could see his folder closed. The Tunisian striker becomes talkative because of the delicacy of his club. His chairman wants too much according to the coach of MHSC.

“With Manu Herrera, I have a support player, back to goal. We need more of a striker breaking fast, capable of depth. Khlifa tried to do it, Right? We are much interested in the player, the club made an interesting offer to Evian. Not satisfactory to leaders who want more cash. Sorry , “admitted Jean Fernandez to the Dépêche Midi.