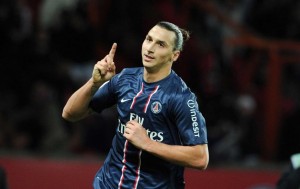 PSG backs into the play tonight its championship of France title! They will play their first match in Montpellier! PSG has lived a busy transfer window with the departure of Carlo Ancelotti and Leonardo and the arrival of Laurent Blanc at the head of the club.

Laurent Blanc has set his goals: he wants to win everything! “The goal will not be achieved if we finished second. The objectives are clear: do the best in all competitions in which PSG take part. The Champions League? We want to do better as well than last season. Paris can win the trophy as Chelsea did when it was least expected. All depends on the draw… I prefer to say that Paris has the potential to win the Champions League.

Laurent Blanc who played for Montpellier expects “a warm reception, not just because the weather is good right now in the region.”

Leonardo said before his departure that for his PSG is the best team in the world! Honestly, PSG is part of me. This is my club. And I have a very good relationship with the owner and with President Nasser al-Khelaifi. I think today, PSG has “the best attack in the world. Having in the same team the best scorer of Series A, Cavani, and the top scorer in League 1, Ibrahimovic is amazing especially when you have around them players like Lucas, Pastore, Menez and Lavezzi. I think PSG has the best attack in the world with these six elements. It was my idea to gather them in Paris, and I had to insist so that it can come true. “

All eyes will be so focused on Zlatan Ibrahimovic, Edinson Cavani as well as Javier Pastore and Ezequiel Lavezzi.

Everyone will also follow the young and talented Hervin Ongenda

According to the survey PSG has everything to retain its title.

But in football nothing is guaranteed.

Especially since Monaco, Lyon and Marseille are also ambitious.

It will be exciting!