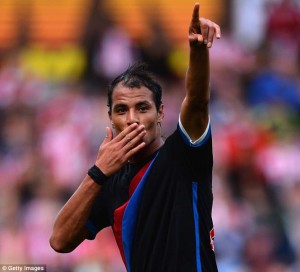 Weekly Review of African performance in five major European leagues. This weekend, the Malian Mustapha Yatabaré allowed Guingamp to enroll their first three points in League 1, the Senegalese Mame Biram Diouf opened his account in Germany and the Ivorian Gervinho made his debut in Italy with AS Roma.

The meeting Stoke City-Crystal Palace was an opportunity for Marouane Chamakh to open his account with his new team. The Moroccan striker had not scored in the league for 707 days. Unfortunately, the Eagles lost 2-1.

Bad weekend however for Yannick Sagbo. The Ivorian striker of Hull City was expelled during the match against Norwich City. He can console himself with the 1-0 victory of his club.

Thievy Bifouma scored Saturday his second goal in two games with Espanyol. The Congolese striker scored the third goal for his team during the 3-1 win against Valencia.

For the first time this season, the Cameroonian Alexandre Song was incumbent upon the difficult victory of FC Barcelona over Malaga on Sunday 1-0. 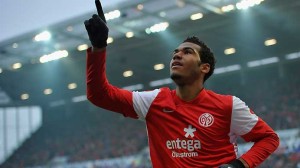 Note the debut in Serie A of Gervinho. The Ivorian midfielder has entered the match with AS Roma in the win for the first league match 2-0 over Livorno.

Courted by the Nigerian Football Federation, Sidney Sam has not said yes. But he continues to delight fans of Bayer Leverkusen. The German striker scored twice in the 4-2 win over Möchengladbach.

Mainz dominated on Saturday Wolfsburg 2-0. The team was also able to rely on its Cameroonian striker Eric Choupo-Moting, author of the opener.

Goals galore between Hoffenheim and Freiburg. Score at 3-3 with a goal by Karim Guede, the Slovak midfielder of Togolese origin for Freiburg.

Senegal’s Mame Biram Diouf may enjoy his first goal this season with Hannover. A 2-1 victory against Schalke 04.

Mustapha Yatabaré is already hot this season. In three games, he scored three goals including a brace this weekend against Lorient. Enough to offer the first three points to his club. 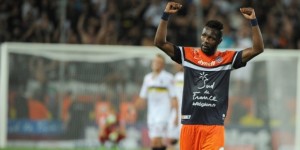 Montpellier won a major victory in the snatch. In stoppage time, the Ivorian Siaka Tiene has offered three points to his team against Sochaux 2-1.

Lyon was not painted last week. Two defeats in five days with a championship. Having dominated the game, the Gones tilted for 0-1 against Reims. The goal of Reims was registered by the Cape Verdean Odair Fortes.

With a magnificent free-kick, Henri Saivet handed a victory to Bordeaux. The Senegalese scored the only goal against Bastia.

Lille can thank Salomon Kalou. In a closed match against Saint-Etienne, the Ivorian scored the only goal of the match 1-0.