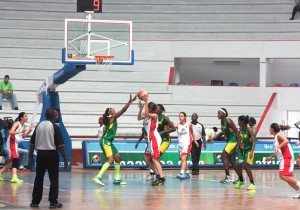 After the final day of group matches, we will see as of this Friday, the eight teams still in contention for the trophy of the 23rd edition of the Women Afrobasket, Maputo 2013. The counters will be reset for this purpose.

So we will follow with interest the behavior of Mozambique, unbeaten and with a fire attack during the group stage. The host country will once again need the public to overcome the Nigeria obstacle. Also undefeated but not convincing, Angola, the defending champion will cross Egypt. The big show of the quarterfinals will be no doubt the derby between Senegal, favorite for the title, and Mali.

Posters for the quarterfinals, September 27