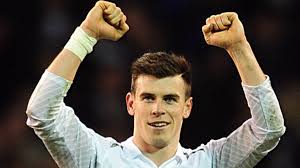 According to Wales’ manager Chris Coleman, Gareth Bale who moved from Tottenham to Real in September is going to take time in order to be in his best. Coleman did not include the winger in the list in the world cup qualifying loss in Macedonia even though four days later he was a substitute Serbia.

“I wouldn’t be surprised if it is not until after Christmas until we see Gareth properly again,” said Coleman. Real Madrid denied a report published by Marca newspaper that claimed Bale has suffered a slipped disc in his back. Gareth played three games with his new club and did not take part in the match against Macedonia due to a thigh injury.

Coleman added: “At the last camp here, I took a lot of criticism for not playing Bale, but he had had no pre-season training. “It takes time and it doesn’t matter how good you are. Gareth is a super player and a super athlete, you are not going to switch it on or off. “It may take Gareth some time before we see what he is capable of, especially with the extra pressure and the new environment which he has got to get used to.” “