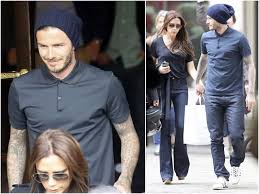 The former PSG midfielder David Beckham and his wife Victoria have decided to dissociate themselves from a large part of their property. The pair plan to hold a charity auction of furniture in London. This decision follows the sale (€ 12 million) of the building commonly known as Beckingham Palace which belonged to Beckham since 1999.

The retired champion of France is living with his family in a building located in Kensington (London), less extensive than the previous one. Many fans of Victoria will have the opportunity to wear the uniforms of the former Spice Girl.

According, to Daily Record quoted by Express, the couple of stars predicted “in plan B to anonymously give all his belongings to charity, in that way people could wear without knowing his old clothes.”