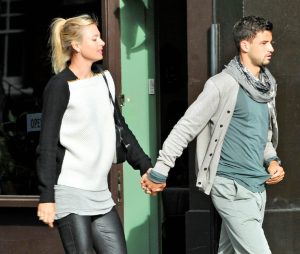 Russian diva Maria Sharapova and her beau Bulgarian star Grigor Dimitrov were seen getting intimate during a party that was held to celebrate the 75th birth anniversary of Robert Lansdorp at the weekend. Other than Masha and Baby Fed the party was attended by many of Lansdorp’s friends and more than 50 of his students.

Lansdorp, regarded as one of the finest coaches in the United States was one of the biggest influences in the careers of the Pete Sampras, Tracy Austin, Lindsay Davenport and Maria Sharapova – all of whom reached the top spot in the rankings. Sharapova was extremely happy to be at the function as she said:

Later, Sharapova and Dimitrov were seen dancing together and also posed with the guests that were present in the party.