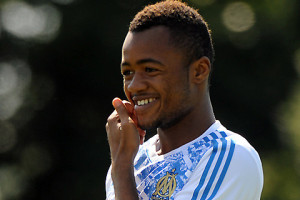 As the Africa Top Sports reported, Jordan Ayew (22 years) could be loaned by the OM during the second half of the season.

His record has not convinced Olympian leaders to keep him for the second half of the season.

One remembers that his brother Andre had gone to Lorient and especially at Arles- Avignon before returning stronger in Marseille in 2010.

The youngest son of Abedi Pele is about to be sent on loan to Sochaux, where he could join Herve Renard.

But as the ATS reported yesterday, the Ghanaian striker drags around a little bit. If he understood that it was hot for him at OM now, he seeks a more prestigious club!

Sochaux is the last on the French Ligue 1 table, this is not the way he will be able to shine and earn a ticket to Brazil with Ghana.

This world cup, he wants to play!

And suddenly, he would do the forcing to join English club West Bromwich Albion, where he could play with Nicolas Anelka.
To be continued!