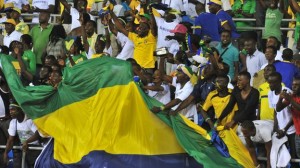 The last day of the first phase of CHAN 2014 will take place this afternoon on the occasion of meetings of the third day of group D. If Gabon should be quiet today facing Mauritania, the duel between Burundi and DR Congo promises to be hotly contested.

Gabon face Mauritania at Free State Stadium in Bloemfontein, during the 3rd day of the African Nations Championship 2014 Group D. After a timid debut against Swallows of Burundi, Gabon is quite revived in their quest for a ticket to the quarterfinals.
The Gabonese beat DRC in a match counting for the second day of matches in Pool D. So the Panthers have 4 points and rank second. The last match against Mauritania should determine their future. And a draw against Mauritanians will be enough to see them reach the next round.

Stéphane Bounguendzas, coach of Gabon said they will deliver a honorable game “It will not be an easy match against Mauritania who will finish the tournament with a win but we will do everything possible in order not to miss the opportunity to finish first in our group and hope to go far in this tournament compared to the second edition in Sudan in 2011 when our country was effectively eliminated in the group stage, “ he said.

Stéphane Bounguendzas and Panthers intend to successfully negotiate this game against the Mourabitounes as the goal is to finish leader in Group D and avoid crossing Ghanaian Black Stars in the quarter- finals.