Between Galatasaray and Didier Drogba, it is almost finished! The Istanbul club has officially announced Sunday that the Ivorian striker will leave Galatasaray, with whom his contract ends at the end of the season.

Aged 36, the Ivory Coast international has won the championship and the Turkish Cup since joining the club in January 2013. A departure that will obviously mark not only the fans but also the victims of the collapse last week of a mine at Soma in Turkey, who benefited from the magnanimity of the former Chelsea.

Until we know more precisely about his future, we will find the attacker in less than a month in Brazil to compete in the 2014 World Cup with Ivory Coast. Drogba has not yet reported anything about his future after the World Cup. 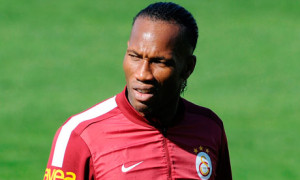