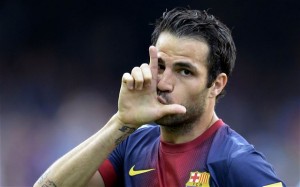 While we were expecting him to join Manchester United, it is rather at Chelsea that Cesc Fabregas could land during the summer transfer window. This is what The Telegraph releases indicating that the Spanish midfielder is the new priority of José Mourinho, after the departure of Frank Lampard.

The British newspaper adds that the wealthy owner of the London club would be willing to offer a great player to his coach this summer and an upcoming offer of € 35 million is already raised.

After a mixed last season, Cesc Fabregas has decided to leave Barcelona to regain England and the Premier League. A championship in which he has already played in the colors of Arsenal.