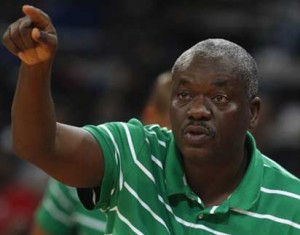 Ayo Bakare is considered one of the best basketball coaches in Nigeria. Because, the former head coach of D’Tigers hoisted the selection among the great nations of the African basketball. He led the men’s team to the FIBA World Championship in 1998 in Greece.

The major event of his career on the Nigeria bench was D’Tigers’ qualification for Olympic Games London 2012, after removing Greece in the pre-Olympic tournament. With him Nigeria finished on the second step of the podium at Afrobasket 1997, 1999 and 2003. His last Afrobasket campaign, Abidjan-2013, D’Tigers failed just off the podium.

Bakare, who does not definitely turn his back to the NBBF, resigned as NTD after only four months at the head of the technical committee of basketball.