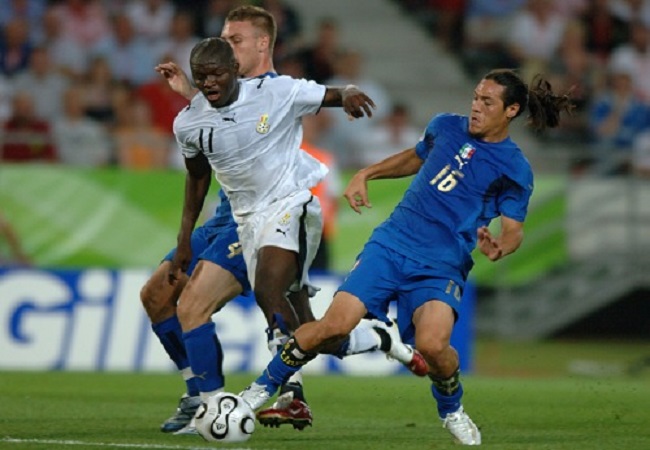 Qualified for 2006 World Cup for the first time in its history, Ghana entered the race against the future winner. On 12 June 2006, the Black Stars discovered the world deep end in front of Italy in Hanover.

Although Ghana is a novice in this very competition, they gave hard time to Squadra Azzura portrayed by Andrea Pirlo. Even the Black Stars lost on score by two goals to nil, it was wonderful.

Andrea Pirlo and Vincenzo Iaquinta were the executioners of the Ghanaian selection. Both players were the authors of the goals scored by the Italian selection.

Despite the Ghanaian offensives, the Italian defense composed of Cannavaro, Nesta, Grosso and Zaccardo stood firm. And the score remained unchanged.

As a reminder, Ghana race stopped in the round of 16 against Brazil.

The starting teams were: