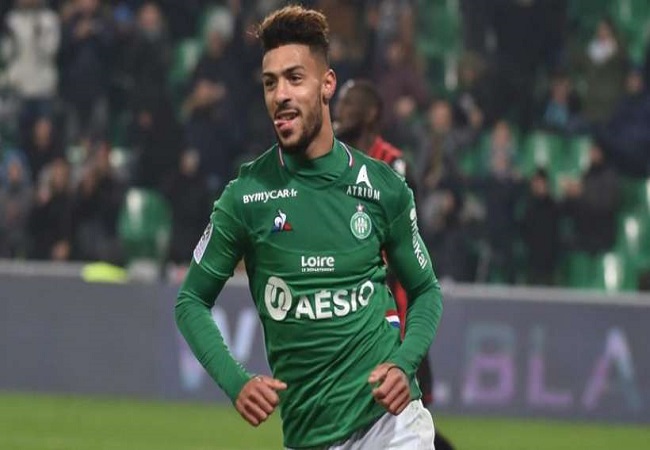 The Gabonese forward, Denis Bouanga won the trophy of the best player of AS Saint-Etienne of 2019-2020 season. He thus succeeds Rémy Cabella.

Sailing between disappointing and catastrophic this season, the squad of AS Saint-Etienne did not show its most beautiful face. The team sadly ranked seventeenth position. However, a man emerged from the crowd, the recruit Denis Bouanga. The 25-year-old Gabonese multi-purpose winger from Nîmes has kept the vessel afloat.

The Gabonese Panther crushed his competitors by winning 69% of the vote. The club bought him last summer for 4.5 million euros. The former Nîmes footballer scored 12 goals in 35 matches all competitions included for his first year with the Greens. He made 10 achievements in 26 Ligue 1 matches.