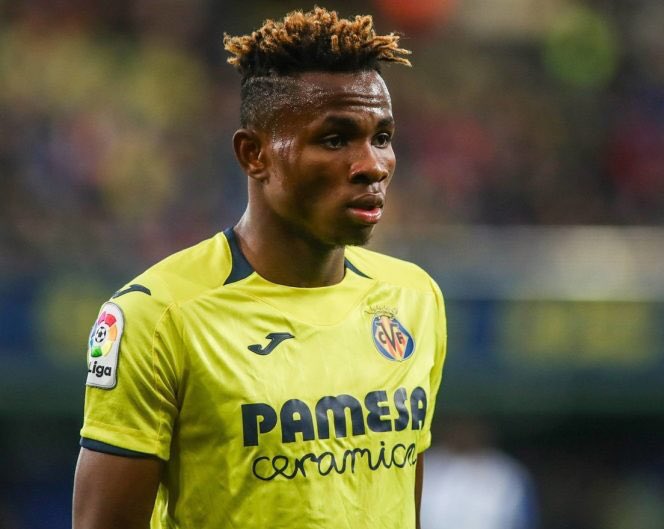 Nigeria winger Samuel Chukwueze played for 72 minutes as Villarreal shared the spoils with Sevilla on Monday at the Estadio De La Ceramica.

Chukwueze returned to the starting line up after he came in from the bench in their last La Liga game.

The Super Eagles winger was later replaced by Javier Ontiverous, the same player he subbed in Villarreal’s 1-0 away win against Granada.

Villarreal twice went forward but failed to hold on to their lead.

Paco Alcacer broke the deadlock for the Yellow Submarines in the 18th minute before Sergio Escudero equalized for Sevilla in the 39th minute.

Pau Torres headed the hosts forward again in the added minutes of first half before Munir El Haddadi levelled for the visitors in the 63rd minute.

Speaking after the game, Villarreal manager hailed Chukwueze and his teammates for their performance against Sevilla.

“We went ahead twice and we could have won. We were facing one of the best sides in La Liga.

” We managed to go ahead twice and we couldn’t quite kill the game off on the counter, but it isn’t easy against a team full of such quality and one that is so well-drilled.”

He underlined the team performance since the La Liga restarted after it was l suspended due to the coronavirus pandemic.

“The current run is important. We’re still unbeaten and we’re in the top half of the table, fighting for Europe.”