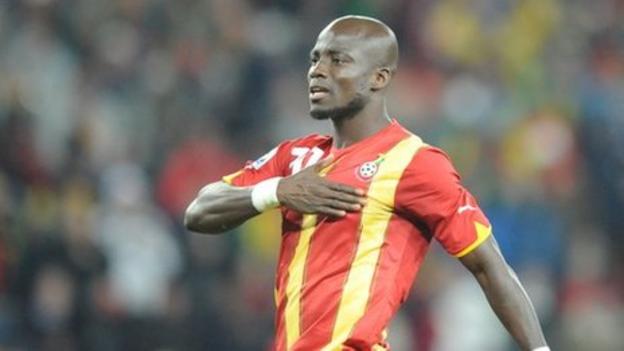 Former Ghana Black Stars legend Stephen Appiah is looking forward to caoching a team in the upcoming years. As he already knows the most important things in managing players.

Talking to Super Sport journalist Carol Tshabalala, ex-midfielder of Hearts of Oak reveals what is the main concern of a manager.

“In being a manager or a football coach, the most important thing is how to handle the players,” Appiah said.

The 39-year-old insists on what a manager have to do with his players.

“You can’t show the players how to play the game. The only thing you can show them is the system that you want to play or the way you want them to move on the pitch,” he added.

According to former Fenerbahçe player, captaining Black Stars is a real asset for his coaching carreer. As there were no issues during his time. What he need is to manage egos of the lads.

“The most important thing is that you have 23 adults that have different egos, and you have to manage them,”

“I think I have the ability, being the captain for 8 years, and not having trouble with any player.” he concluded.

Now, it remains to know which team will give Appiah his first chance for his debut. It’s worth mentionning that Appiah was part of Kwesi Appiah’s staff while training Ghana national team. He is currently studying to obtain his diplomas.