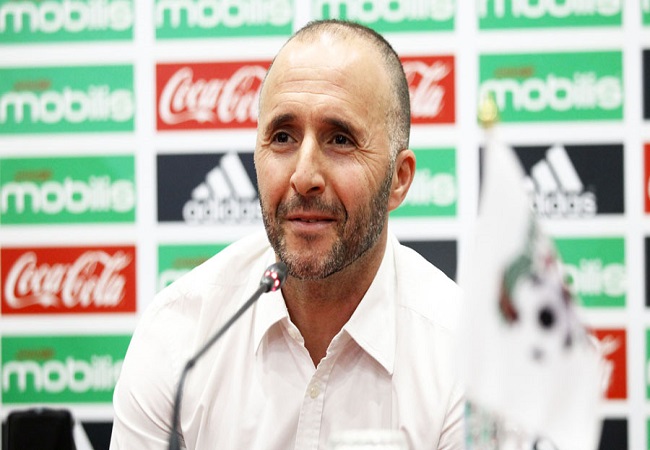 Djamel Belmadi aiming high. After the 2019 AFCON, the Algerian coach now wants to act strong at the 2022 World Cup. Algeria should hence count at the next World Cup.

But before being ambitious for this competition, they will have to go through the playoffs. The Fennecs, through Belmadi, will do all that it requires to be part of this world mass. A tournament where they are strongly preparing to show their striking force.

“… We will first think about qualifying and it will not be easy. But if we are lucky enough to be there, we will not go with the idea of participating. We have to believe in the impossible and to have ambition,” he declared to L’Equipe.

Djamel Belmadi believes in destiny. For him, it will not be a coincidence to qualify Algeria for this tournament taking place in a country he knows very well: «Live a world cup in the country where I was born as a coach, I see a sign of destiny».