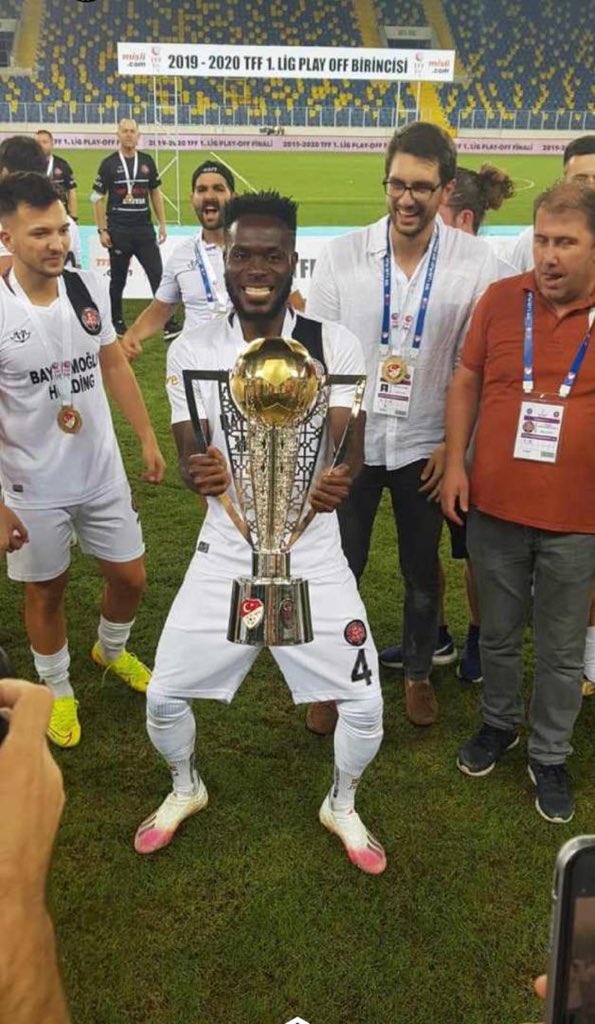 Attamah who has been instrumental for his club this season produced a solid performance at the back stopping some goal bound moves by his opponents.

The Ghanaian defender after the victory went spiritual dedicating the victory to God, his teammates and management of the club.

He took to his Twitter account to celebrate the victory quoting the Holy Bible book of Psalm 37:5.

“I will like to take this platform to thank all my teammates and staffs of Fatih Karamagumruk.

“We worked very hard day in day out to achieve this victory.

“I’m very delighted to be part of this journey.”

After an intriguing end to end duel that ended, the game was then decided by a penalty shootout.

Attamah scored his spot kick to put his team in front with 3-2  lead.

He terminated his contract with Istanbul Basaksehir and joined Karagumruk in January.

The 26-year old made 14 appearances for Karagumruk and provided two assists.