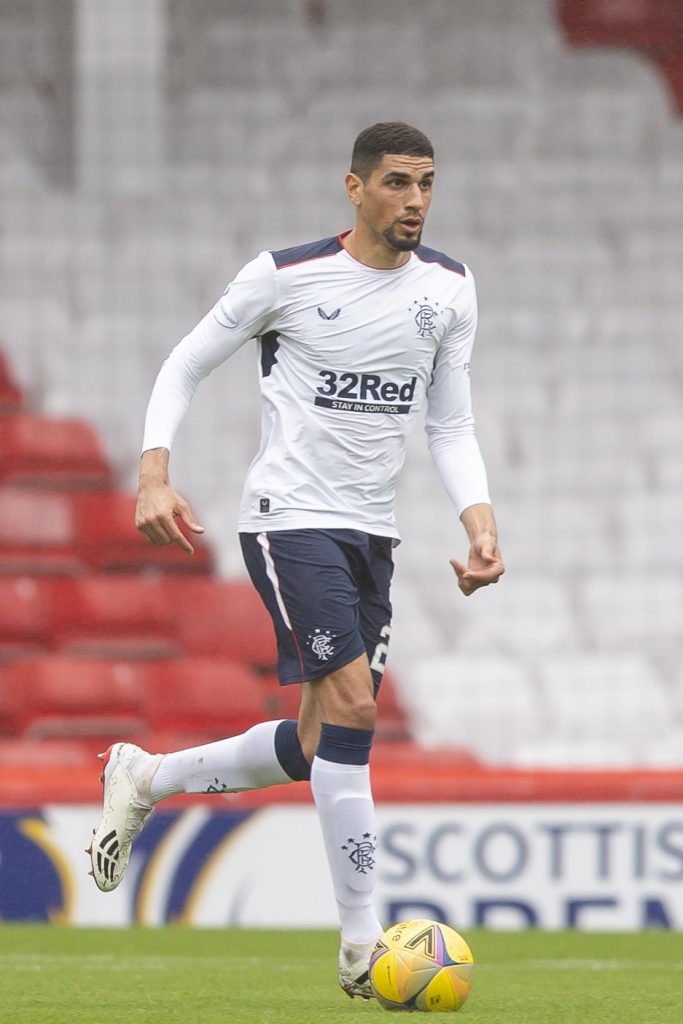 The Super Eagles defender was handed a starting XI jersey and paired alongside Connor Goldson as central defender as the Scottish Premier League gets underway on Saturday.

It was a perfect start for the former Brighton defender who combined well in the back with Goldson throughout the game.

Balogun who suffered injury towards the end of the English Football League(EFL) Championship completed the game despite a crack on his head.

The defender was fouled by Aberdeen player, Scott McKenna while he was defending a corner kick and he cracked his head off the post.

However, when the club official rushed to check on him, it was a minor injury which was immediately handled as he returned back to the game.

Aribo goal bound ball was brilliantly cleared off the line in injury time by Ash Taylor which would have made the final score 2-0.

Before then, Aberdeen were reduced to 20-men with Andy Considine shown a red card after he lunged on substitute, Scott Arfield.

Rangers lone goal was scored by Ryan Kent after a brilliance piece of play from the back.

He spotted the run of Ryan Kent to his left going clear of the Aberdeen defence, with the Colombian finding his teammate superbly.

Kent still had plenty to do – but he kept his composure as he closed in on the imposing figure of Lewis to simply pass the ball beyond him and into the back of the net.

The victory will boost Rangers confidence ahead of their trip to Bayer Leverkusen next week Thursday for the second leg of the Europa League round of 16 game.

The Gers have a uphill task to face at Germany having lost 3-1 at home in the first leg.