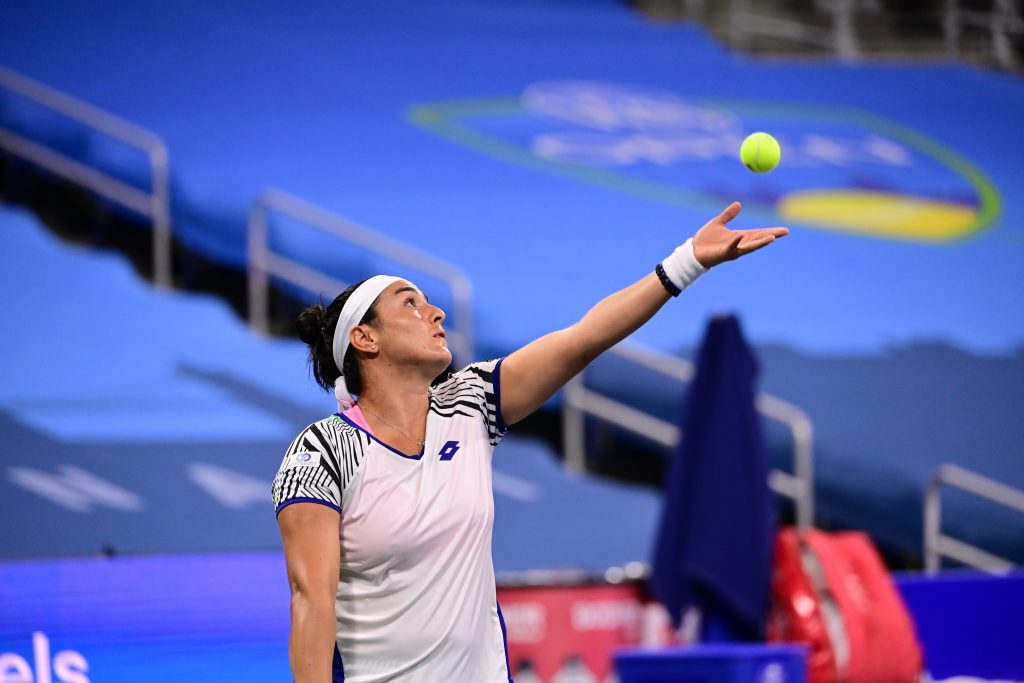 Keys was among favourites to win the title but she could last for only 59 minutes before she was sent packing by a more agile Jabeur.

The Tunisian who is ranked No. 39 continued to build on her impressive form after she became the first Arab woman to reach the quarterfinals of a Grand Slam in the Australian Open.

It was a remarkable statement for Jabeur who produced another stunner on Monday night.

She has now added Keys’ name to that list on Monday night, employing her crafty game of slices and spins to great success as she claimed the victory.

Speaking in an interview with wtatennis.com Jabeur expressed her delight and hailed herself for playing well.
She said, “It was a really good match for me, I had to really play good and I served really good.

“I’ve been waiting the whole day to play.

“So I really wanted to not waste anything.

“I didn’t give her the chance to get her rhythm back.

“I know it was very difficult as a first match for her – luckily I played before [in Lexington].

“To be honest, I’m very, very proud of the way I played today.”

Jabeur didn’t face a break point across either set, and tallied five aces on a solid serving day against Keys.

The Tunisian outgunned her big-hitting opponent with 14 winners to Keys’ 12, but kept her unforced error count to 17 while Keys racked up 29 of her own.

She will now face Christiana McHale in the next round and she expressed her readiness to play against her next opponent.

“I’m just going to recover right now and hopefully I can be ready for Tuesday.

“Christina is such a great player, so it’s going to be a difficult match. But I’ll be ready.”