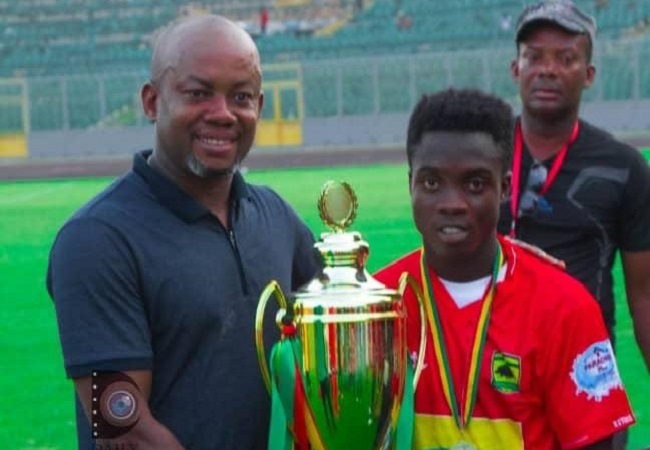 Media reported Asante Kotoko, Ghana Premier League giant, has been asked to pay out $250,000 before Matthew Cudjoe extend his contract with the club. The 16-year-old midfielder is currently out of contract at the club.

Cudjoe joined the club on loan. He was from Division One League side Young Apostles FC ahead of the 2019/20 Ghana football season. The club is determined to keep the youngster following his impressive season with the club. However, the camp of the player are demanding a huge amount of $250,000 before contract extension.

Cudjoe has been one of the most exciting young talents for the local football. He featured prominently in Maxwell Konadu’s side during the 2019/20 Ghana Premier League campaign. And he is expected to contribute significantly to their upcoming campaign.

The youngster made six appearances for Kotoko and scored one goal in their 2-0 win over Ebusua Dwarf.

Matthew Anim Cudjoe has had trials with European giants Bayern Munich. The latter reportedly has expressed interest in the teenager’s signature once he turns 18.