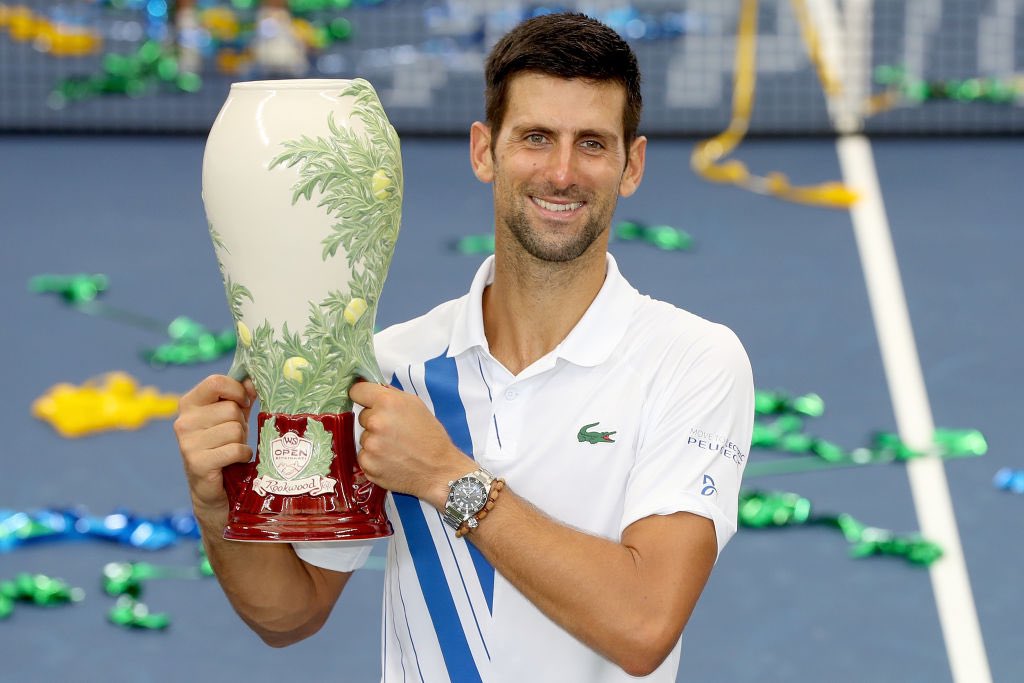 ATP World No.1 Novak Djokovic has thanked everyone who made the Western & Southern Open a reality after claiming his 70 titles.

Djokovic has joined Rafael Nadal as joint leader for the most ATP Masters 1000 titles after clincing his second Western & Southern Open title on Saturday.

Most ATP tournament were cancelled due to the coronvirus pandemic and the Cincinnati tournament became the first as sports event is gradually coming back.

Djokovic who will also play in the US Open took to his Twitter account to show his appreciation.

“Thank you for all your positive energy and support.

“Thanks to everyone here in New York who made @CincyTennis possible again.

Two years ago, with his first Western & Southern Open crown, Djokovic became the first singles player to complete the Career Golden Masters in the tournament series history (since 1990).

Ahead of the US Open, which begins on Monday, Djokovic wins on average one big title for every 3.3 tournaments played.

Nadal and Federer have both won 54 big titles, with the Spaniard winning every 3.4 events he plays.

Federer’s conversion rate is one title per 4.3 tournaments contested.00