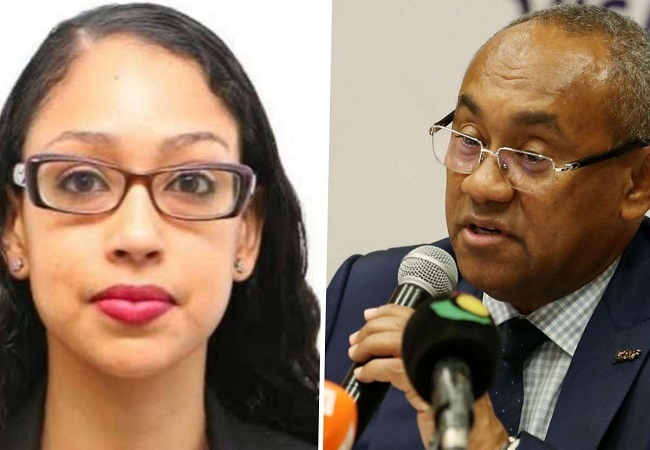 CAF believes that her appointment will provide room for more women to be engaged in football leadership role within the continent.

“It is with great pleasure that I would like to seize the opportunity to congratulate you on your appointment as CEO.” Reads part of the letter signed by president Ahmad and posted on Simba apps.

“This choice, decided by the Board of Directors, testifies the superior interest that continental football grants to the senior female executive. The development of the policy of integrating female personalities into the world of national sport.” The letter continued.

The appointment of Barbara has caught an eye of many football stakeholders. With some arguing that it will certainly open the door for women and youth to lead giant clubs in the country and Africa in general.

In her latest interview, Gonzalez noted that she is deeply honoured and humbled to be trusted by the massive club of Simba stature.

“I’m deeply honoured and humbled for a young woman from Tanzania to be given such a fantastic opportunity to create a legacy. And for a club that has been running for over 84 years, I’m really honoured.”

“I think my appointment gives hope to young women who are passionate about football. But technically, they are shy to enter the industry. It also enables those who have been fighting for position to give a solid example that yes it is possible. Not only at Chelsea and other clubs in DR Congo As Vita… It is a fantastic example. And now we have own Barbara Gonzalez.” She said.

The clubA issued a press statement issued last Saturday confirming that the new club CEO has been part of Simba’s transformation process since 2016. And in November 2018, she was appointed as a board member.

Board of Directors made her appointment was made last week to fill the vacuum left by South African football administrator Senzo Mazingiza, who ditched the Msimbazi Reds to join Young Africans last month.

Barbara joins the list of the female top leaders in the world such as Chelsea Director Marina Granovskai, Bestine Kazadi and Jennifer Haid.