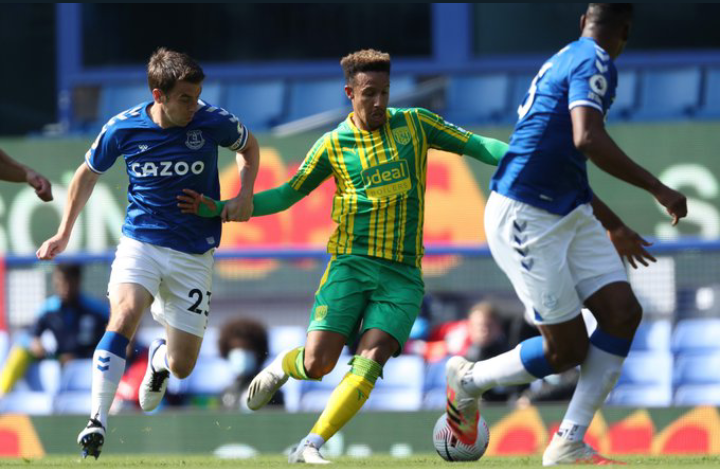 Ajayi who also played in the Baggies 3-0 loss at Hawthorn to Arsenal in the league opener could not help his team maintain their early lead.

Grady Diangana scored West Brom first league goal in the 10th minute to give the visitors the lead.

Everton despite trailing kept their cool and mounted pressure on the Baggies and their pressure did yielded a positive result in the 31st minute.

Calvert-Lewin scored a nice back heel and the goal was earlier ruled for an offside before VAR overturned the decision.

James Rodriguez scored of his home debut to complete the comeback.

West Brom were then reduced to 10-men after Kieran Gibbs was sent off for a rough tackle on the former Real Madrid player on the stroke of first half.

Grady Diangana gave West Brom a 10th-minute lead with their first goal of the season, firing past Jordan Pickford from distance.

Everton capitalized on their one-advantage as Michael Keane restored Everton’s lead in the 54 minutes.

Calvert-Lewin went on to extend the lead to 52 scoring two goal In the 62 minutes and completed his hat trick four minutes later.

The victory saw Everton picked two consecutive win for a new campaign for the first time in eight season.