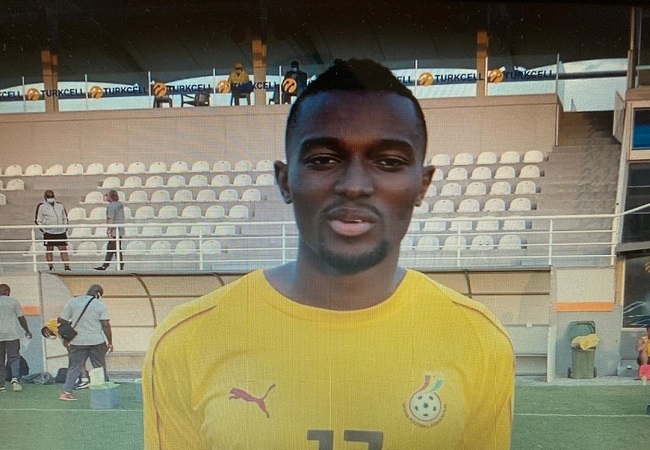 Ghana midfielder Bernard Mensah is looking ahead to his second International appearance for Ghana in the upcoming friendlies. Turkish based midfielder is anxiously waiting for his chance to take part in the games against Mali and Qatar.

The former Atletico Madrid player expressed himself to the GFA media in Antalya on Wednesday. He gave his opinion about the traninig sessions and his expetation to win all the games.

“I think everything is going on well. And yesterday’s training too tight like today. But today is much better. Because all the experienced players are here. So today was really different from yesterday. And the feeling too was great“

The 25-year-old won his first cap in 2015 under former Coach Avram Grant in an International friendly against the Hawks of Togo in Accra.