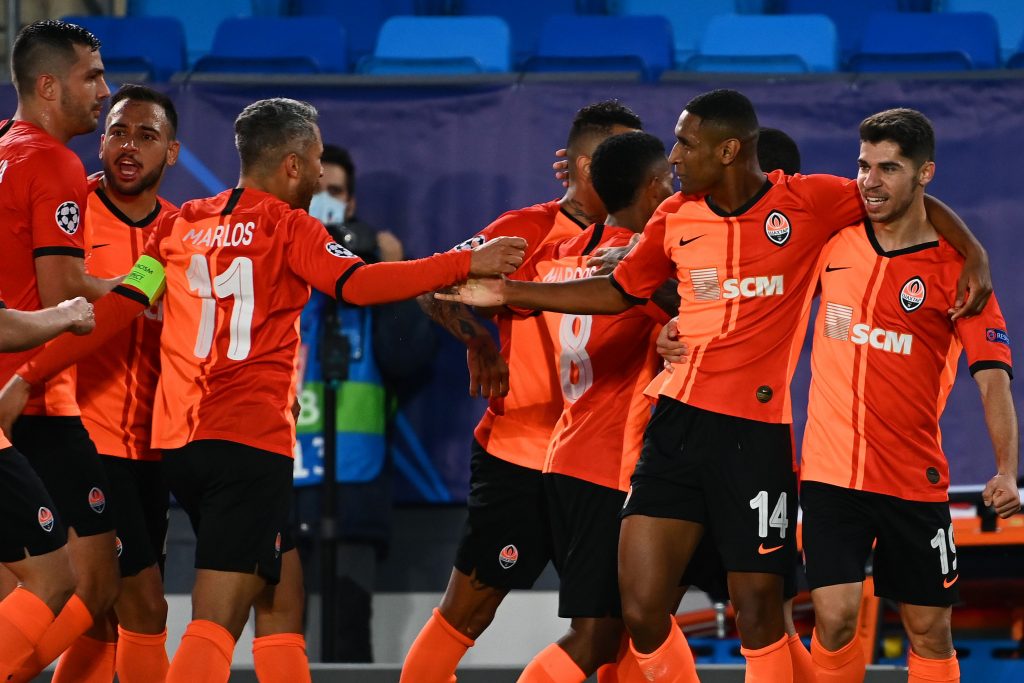 Real Madrid have been surprisingly defeated in their first 2020/21 UEFA champions league 3-2 after a poor first-half as they conceded all three goals before half-time.

Real Madrid have missed out their champions league debut this season as they provided a very poor first-half performance with the first goal conceded at the 29th minute (Tetê).

As Sergio Ramos was absent due to an injury, the defence of the Spanish side faced huge challenges with the quick attacking football of Shakhtar forcing Raphael Varane to score an own goal four minutes later (33).

The storm was far from ending as Zidane’s men failed to avoid the third goal prior to the half-time, giving Manor Solomon the occasion to score at the 42nd.

However, in the second half, Real Madrid levelled matters with veteran midfielder Luka Modric initiated a long-range strike who beat Trubin (54 minutes).

A minute after he entered the pitch, Vinicius Jr has had an instant impact ont the team as he scored the second Real Madrid goal.

Fede Valverde would have scored the equaliser, but Vinicius was in an offside position and the referee denied Thibaut Courtois and teammates.

A second defeat in a row for Real Madrid after weekend’s 0-1 against newly La Liga promoted club Cadiz FC. An instant reaction is expected by fans on Saturday for the Clasico against FC Barcelona (2pm).