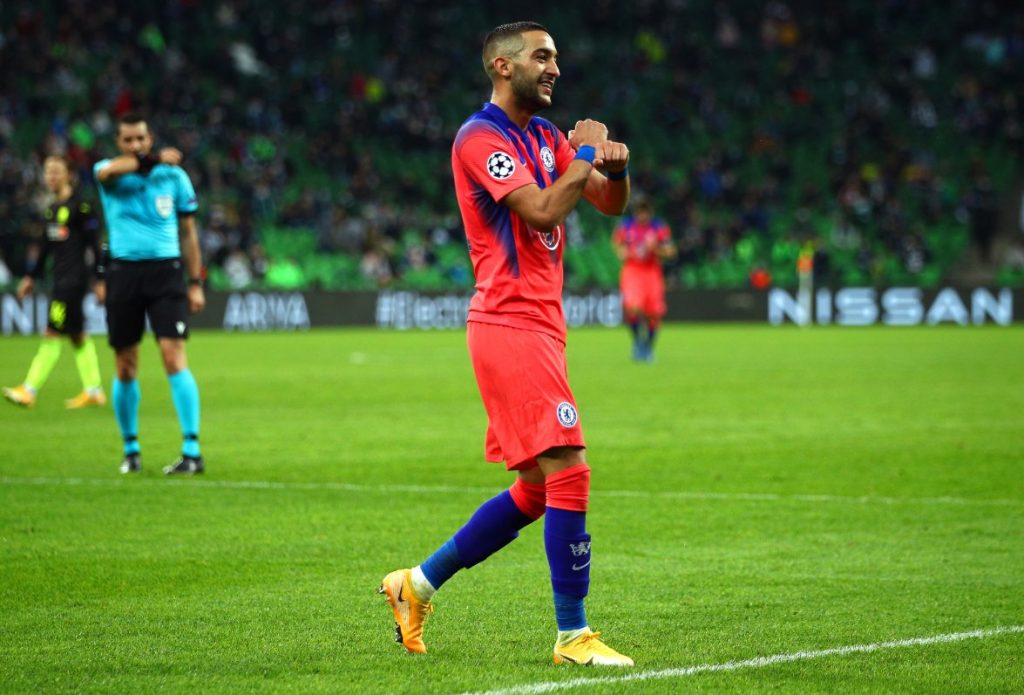 Hakim Ziyech was ruled out with an injury after having played some friendly games with Chelsea since his arrival from Ajax Amsterdam.

However, the right-winger was there for Frank Lampard Wednesday as he scores the third goal of the English Premier League side.

Callum Hudson-Odoi, Timo Werner and Christian Pulisic are the other scorers.

It is worth mentioning that Jorginho missed out another penalty.