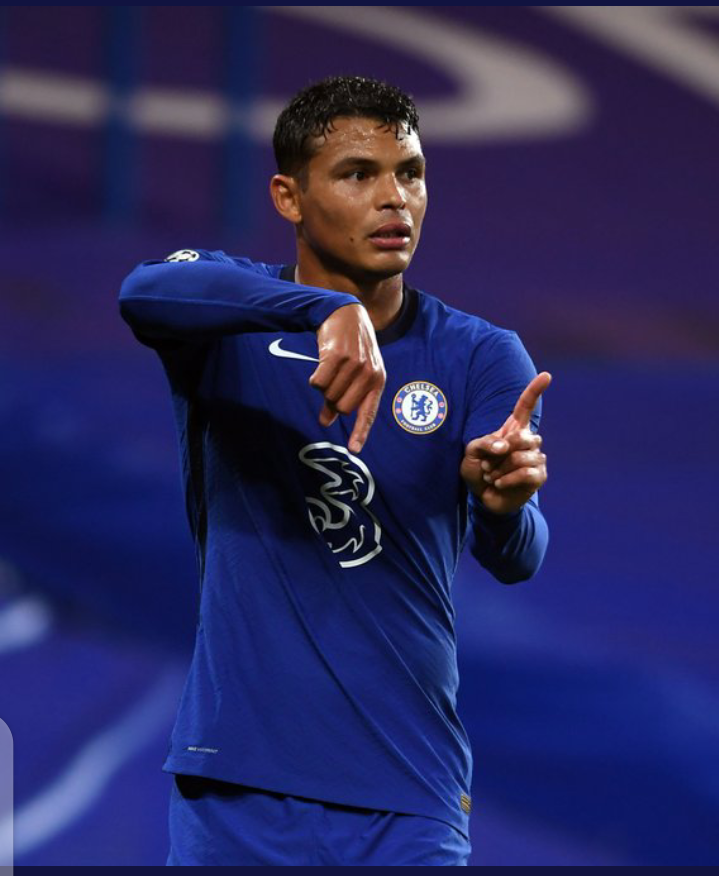 Thiago Silva scored his first Premier League goal as Chelsea came from behind to defeat Sheffield United 4-1 at Stamford Bridge.
Silva became the sixth oldest player to score for Chelsea at the of 36 years 46 days.
Chelsea headed to the game on the back of their six clean sheet in all competitions.
But Edouard Mendy clean sheet was dented as David McGoldrick gave the visitors a ninth-minute lead against the run of play as he flicked in Sander Berge’s shot.
The Blues levelled through Tammy Abraham in the 23rd minute as he converted a Mateo Kovacic pass.
Chelsea almost completed the comeback after Timo Werner had struck the bar.
Not quite long, the hosts found themselves in front with Ben Chilwell meeting Hakim Ziyech’s as first to meet Ziyech’s cross at the far post.
Chelsea went to the break with the three points already in their pocket.
They didn’t relax on their oars when the second half resumed against a Sheffield United side who are yet to get a win this season.
Undone scoring, the Blues added  two late goals inside four minutes with Thiago Silva heading  in a Ziyech’s corner.
Timo Werner seized a loose ball to score to wrap up what was already a smooth victory for Chelsea.
They have now gone six games unbeaten and moved to third on the log heading to the international break.